Founded in 1957 as a division of Fairchild Camera and Instrument, it became a pioneer in the manufacturing of transistors and of integrated circuits.

Schlumberger bought the firm in 1979 and sold it to National Semiconductor in 1987; Fairchild was spun off as an independent company again in 1997.

On September 2016, Fairchild was acquired by ON Semiconductor.

In the previous Fairchild Semiconductor was a leading global supplier of power analog, power discrete, and optoelectronic components that optimize system power. 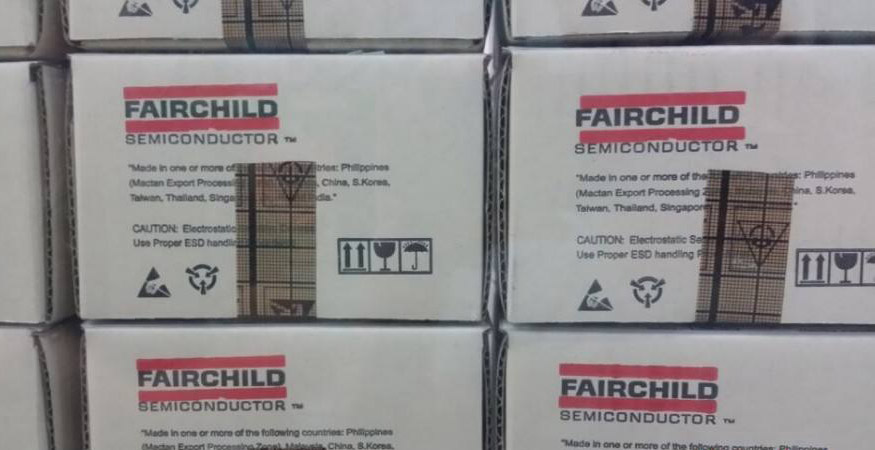 Fairchild Semiconductor is a leading global provider of semiconductor technology that powers the products and makes them more energy efficient.

Fairchild continues to build on its rich history of innovation to address one of the greatest challenges-reducing wasted energy and improving efficiency in an increasingly power-hungry world.

It has also been selected as one of China's leading suppliers in the highly competitive discrete semiconductor category at China Market Electronics Component Manufacturer Awards(CMECMA).

Besides, it was awarded "The 8th Best Foreign Corporation Award" and was ranked top out of the 173 foreign manufacturing companies.

Fairchild Semiconductor is a leader in the design and production of optoelectronics products, offering a broad range of package platforms, incorporating various combinations of input and output configurations.

It will continue to work closely with leading electronic manufacturers to understand the power challenges of new platforms and develop innovation technologies that break new barriers in efficiency.

On November 18, 2015 ON Semiconductor made an offer to acquire Fairchild Semiconductor for $2.4 billion, or $20 per share after a few months of speculation that Fairchild was seeking a potential buyer.

In the fall of 2016 the Fairchild 'ON' Semiconductor International closed the West Jordan, Utah manufacturing plant.

Fairchild offers the industry’s broadest portfolio of components for electronic applications in the computing, communications, consumer, industrial, and automotive segments.