Seven applications of sensors in our lives

The sensor is a detection device, which can sense the measured information, and can convert the detected information into electrical signals or other required forms of information output according to a certain rule to meet the transmission, processing, storage, Requirements for display, recording and control. It is the first link to realize automatic detection and automatic control.

The narrow definition of the sensor is: a device or device that can convert external non-electrical information into an electrical signal output. The broad definition of sensor: "Any device or device that uses certain substances (physics, chemistry, biology) laws, theorems, laws, effects, etc. for energy conversion and information conversion, and the output and input strictly correspond to each other can be called a sensor ".

In the 21st century of informatization, sensors cannot be left, and the application fields of sensors are very wide, such as electronic computers, production automation, modern information, military, transportation, chemistry, environmental protection, energy, marine development, remote sensing, aerospace and so on. The following is a brief introduction to some commonly used sensors.

At present, the air pollution, water pollution and noise of the earth have seriously damaged the ecological balance of the earth and the environment on which we live. This situation has attracted the attention of all countries in the world. To protect the environment, various environmental monitoring instruments made with sensors are playing an active role.

China's current environment has been greatly polluted, mainly due to the serious pollution caused by industrial development. The Yangtze River, the Yellow River and other waters have different levels of pollution; the air is not fresh now, especially in industrial areas, such as PM2.5 and other standards; these are detected by sensors. 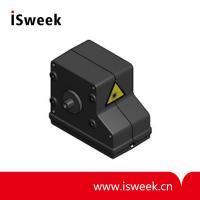 OPC-N2 is a portable PM2.5 sensor that uses laser detection, high accuracy, and quickly provides the number distribution of each particle size; it is mainly used in outdoor environmental monitoring, roadside monitoring stations, industrial measurement, emission monitoring and other fields.

2. Application of sensors on robots

At present, in places with high labor intensity or dangerous operations, robots have been gradually used to replace human work. Some high-speed, high-precision work is also very suitable for the robot to undertake. However, most of these robots are used for processing, assembly, inspection and other work, and are scraped by the production of automatic mechanical single-energy robots. Only sensors that detect the position and angle of the arm are used on these robots.

To make the functions of the robot and humans closer, in order to engage in more advanced work, the robot needs to have the ability to judge. This requires the robot to install object inspection sensors, especially visual sensors and tactile sensors, so that the robot can visually object Recognize and detect, and produce pressure, force, sliding and weight sensations on objects through touch. This type of robot is called an intelligent robot. It can not only engage in special operations, but also general production, affairs, and housework can all be handled by intelligent robots. This is one of the main research objects of robot development. 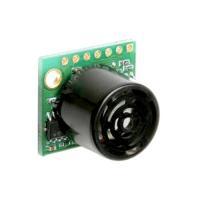 With the continuous improvement of people's living standards, the requirements for improving the functions and automation of household appliances are extremely strong. To meet these requirements, first use high-precision sensors that can detect analog quantities to obtain correct control information, and then be controlled by a microcomputer. It is more convenient, safe, and reliable to use household appliances, and reduce energy consumption. The family creates a comfortable living environment.

At present, the blueprint for home automation is being designed. In the future, the microcomputer of the central control device will replace the human with various sensors to monitor the various states of the home, and various controls will be performed through the control equipment. The main contents of home automation include: safety monitoring and alarm, air conditioning and lighting control, energy consumption control, automatic tracking of sunlight, housework automation and personal health management. The realization of home automation can make people have more time for study, education or rest and entertainment.

4. Sensors and Internet of Things

The Internet of Things is a network based on the Internet, traditional telecommunications networks and other information carriers that allow all common physical objects that can be addressed independently to be interconnected. It has three important characteristics of common object equipment, autonomous terminal interconnection and universal service intelligence.

5. Application of sensors in medical and human medicine

With the development of medical electronics, the era of diagnosis based solely on the experience and feelings of doctors will end. At present, the application of medical sensors can make difficult diagnosis of the surface and internal temperature of the human body, blood pressure and pressure in the cavity, blood and respiratory flow, tumors, blood analysis, pulse waves and heart sounds, heart and brain waves, etc. Obviously, sensors play a very important role in promoting the high development of medical technology.

In order to improve the health and waste level of the people across the country, the reform of my country's medical system will expand the target of medical services to the entire population. In the past, medical work was limited to the treatment of diseases. In the future, medical work will play a role in a wide range of early diagnosis, early treatment, remote diagnosis, and the development of artificial organs. Sensors in these areas will Get more and more applications.

Satellite remote sensing (satellite remote sensing) is an integral part of aerospace remote sensing, using artificial earth satellites as a remote sensing platform, mainly using satellites to optically and electronically observe the earth and the lower atmosphere. That is, from different working platforms far away from the ground (such as towers, balloons, aircraft, rockets, artificial earth satellites, spaceships, space shuttles, etc.), sensors are used to detect electromagnetic wave (radiation) information on the surface of the earth, and through the information Transmission, processing and interpretation analysis, comprehensive technologies for detecting and monitoring the earth's resources and environment.

The sensors used in aircraft and space vehicles are near ultraviolet, visible, far infrared and microwave sensors. Ultrasonic sensors are mostly used when observing underwater on ships. For example, to detect where some mineral resources are buried, the amount of infrared light emitted from the ground by the infrared receiving sensor on the artificial satellite can be used for measurement, and then the artificial satellite can be transmitted to the ground station through the microwave and processed by the ground station computer. Based on the difference in infrared distribution, the area where the mineral deposit is buried can be determined.

Today's battlefields are all information-based battlefields, and informationization is absolutely inseparable from sensors. Military experts believe that the level of a country’s military sensor manufacturing technology determines the level of the country’s weapon manufacturing level, the level of the country’s weapon automation, and ultimately the quality of the country’s weapon performance. Today, sensors are extremely widely used in the military. It can be said that they are used all the time, everywhere, from equipment systems such as stars, two bombs, aircraft, ships, tanks, artillery, etc., to small combat weapons; from participating in wars Weapon systems to logistics support; from military scientific experiments to military equipment engineering; from battlefield operations to strategy and tactical command; from war preparation, strategic decision-making to war implementation, throughout the entire combat system and the whole process of war, and will surely be in the future In high-tech warfare, the time, air, and frequency domains of operations are expanded, and the methods and efficiency of operations are further affected and changed, and the power of weapons and operational command and battlefield management capabilities are greatly improved.

From the above point of view, sensors are widely used in our lives and can be said to be everywhere.