Дома > Other > The difference between active and passive filters

The difference between active and passive filters

Any electronic system has its own bandwidth (limitation on the highest frequency of the signal), and the frequency characteristics reflect the basic characteristics of the electronic system. The filter is an engineering application circuit designed according to the influence of circuit parameters on the circuit bandwidth. Everyone knows that there are many types of filters, and the difference between active and passive filters. Our simplest way is to see if we need power. The biggest difference in function is that active filters can have gains and passive filters. No gain is attenuated.

Passive filters are composed of passive components such as LC. They are designed to have very low impedance at a certain frequency, and shunt harmonic currents at corresponding frequencies. The behavior mode is to provide passive harmonic current bypass channels; The power conversion equipment composed of power electronic components and DSP detects the harmonic current of the load and actively provides the corresponding compensation current. The source current after compensation is almost pure sine wave, and its behavior mode is the output of the active current source.

The difference between active and passive filters-different filtering principles 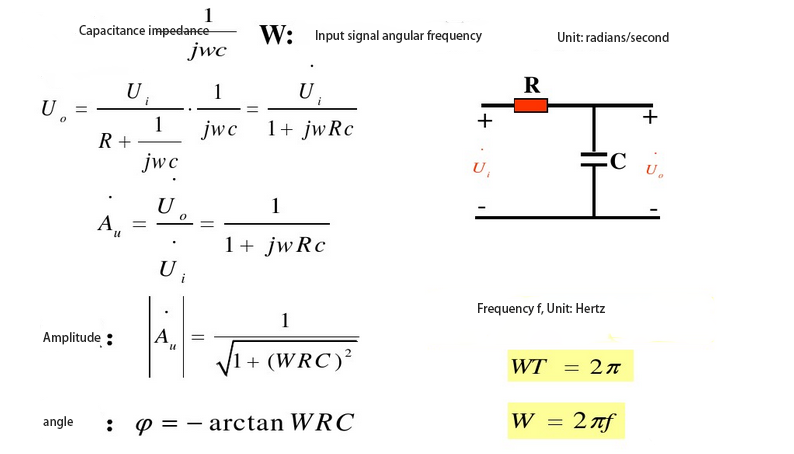 Active filtering APF uses modern power electronic devices to actively generate a harmonic with a phase opposite to the harmonic of the system to "cancel" the harmonics generated by the system. In a nutshell, FC belongs to parallel shunt, and APF is actively canceled.

Passive filters due to the existence of resistance and inductance impedance, power consumption is still higher than active filters under the same circumstances, and the delay of the circuit is greater. The power consumption of the active filter will be relatively smaller, and there will be no attenuation in the passband, and by setting the Q value of the filter, the magnification can be changed. Many analog low-pass filters use ButterWorth type active filters, and the effect is still very good. But the problem still comes with it. The bandwidth can generally be improved, and is limited by the op amp selected by the circuit. Once the frequency characteristic range of the op amp is exceeded, the circuit is easy to self-oscillate, and the output is all noise.

The structure of the passive filter circuit is simple and easy to design, but its pass-band magnification and its cut-off frequency vary with the load, so it is not suitable for occasions with high signal processing requirements. Passive filter circuits are usually used in power circuits, such as the rectified filter of a DC power supply, or LC (inductor, capacitor) circuit filter for large current loads.

The load of the active filter circuit does not affect the filter characteristics, so it is often used in applications with high signal processing requirements. The active filter circuit is generally composed of an RC network and an integrated operational amplifier, so it must be used under the condition of a suitable DC power supply, and it can also be amplified. But the composition and design of the circuit are also more complicated.

The active filter circuit is not suitable for high voltage and high current, but only for signal processing.

1. A single set of active filter capacity does not exceed 100KVA, passive filter does not have this limitation.

4. Passive filtering is widely used in power, oil field, steel, metallurgy, coal mine, petrochemical, shipbuilding, automobile, electric railway, new energy and other industries due to its price advantage and is not limited by hardware; active filters cannot be solved because of The hardware problem can not be used in large-capacity occasions. It is suitable for units with low power consumption and high harmonic frequency in telecommunications and hospitals. It is better than passive filtering.

Active filtering is itself a source of harmonics. It relies on the power electronic device to generate a set of harmonic vectors equal to the system amplitude and opposite in phase while detecting the system harmonics, which can cancel out the system harmonics and make it into a sinusoidal waveform. In addition to filtering harmonics, active filtering can also dynamically compensate reactive power. Its advantage is that it reflects the action quickly, the harmonic filtering can reach more than 95%, and the reactive power compensation is meticulous.

Compared with the passive filter, the active filter has a good governance effect. It can mainly filter out multiple and higher harmonics at the same time, and will not cause resonance.

The disadvantages of active filters are high price and small capacity. Since the technology of large-capacity silicon valves in the world is still immature, the current common active filter capacity does not exceed 600 kilowatts. Its operational reliability is also less passive.

Generally, passive filtering refers to a low-impedance (tuned filter) state of a certain harmonic in parallel through the matching of inductance and capacitance, forming a low-impedance state path for a certain harmonic current. In this way, harmonic currents will not flow into the system. The advantages of passive filtering are low cost, stable operation, relatively mature technology and large capacity. The disadvantage is that the harmonic filtering rate is generally only 80%, and the reactive power compensation of the fundamental wave is also certain. At present, the active plus passive hybrid type is generally used where the capacity is large and the compensation is meticulous, that is, the passive performs large-capacity filter compensation and the active fine-tuning.

Passive filters are severely affected by system impedance, and there is a danger of harmonic amplification and resonance; while active filtering is not affected.

The resonance point of the passive filter is shifted, the effect is reduced; the active filter is not affected.

Следующий: The role of capacitors and the cause of bursting