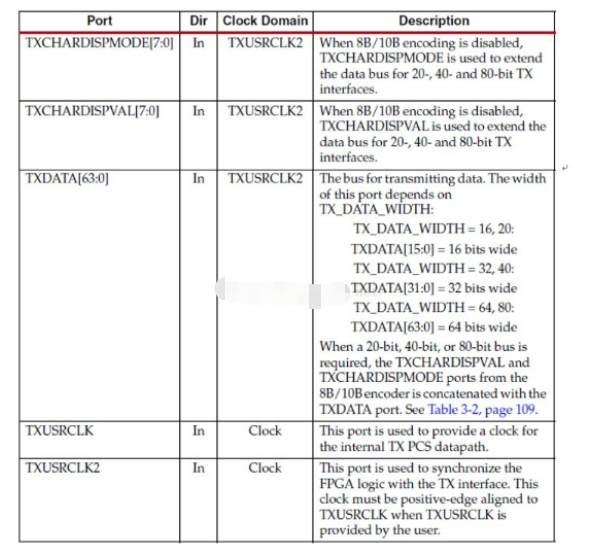 The transmit data interface is TXDATA, the sampling clock is TXUSRCLK2, and TXDATA is sampled on the rising edge of TXUSRCLK2. The rate of TXUSRCLK2 is determined by the line rate, the bit width of the TX Interface interface and whether 8B / 10B is enabled (TXUSRCLK2 frequency = line rate / TX_DATA_WIDTH; for example, the line rate is 10Gb / s, TX_DATA_WHDTH is equal to 80, then the frequency of TXUSRCLK2 is 125MHz). The bit width of TXDATA can be configured as 16/20/32/40/64/80 bit width. Through the three attribute settings of TX_DATA_WIDTH, TX_INT_DATAWIDTH and TX8B10BEN, it can be configured into different bit widths. The specific attributes are shown in Table 2. 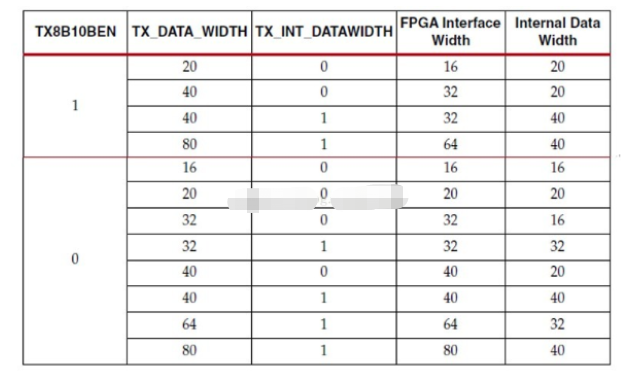 The TXUSRLK and TXUSRCLK2 clocks are related, and the following two guidelines should be followed when clocking these two clocks:

1. TXUSRCLK and TXUSRCLK2 must be aligned on the rising edge, the smaller the deviation, the better, so you should use BUFGs or BUFRs to drive these two clocks (because there is no phase correction circuit or FIFO between the TX Interface and the PCS sublayer, so strict Align, my own understanding).

2. Even if the reference clocks of TXUSRCLK, TXUSRCLK2, and GTX run at different clock frequencies, it must be ensured that the three must use the same-origin clock. 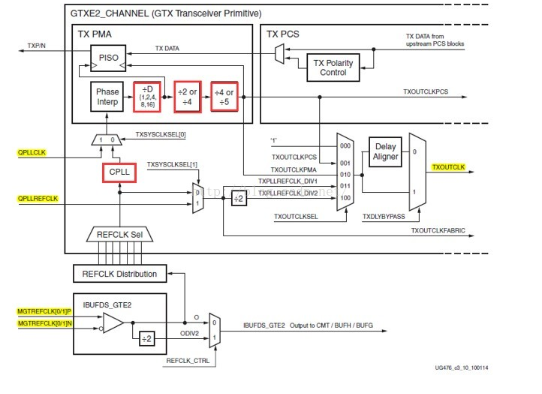 The content in the red frame and the yellow background is what we need to understand. The MGTREFCLK in the figure is the reference clock of GTX mentioned in the previous article. After an IBUFDS_GTE2 source language, it enters GTX to drive CPLL or QPLL. . For TX PMA, the main function is parallel-to-serial conversion. The clock for parallel-to-serial conversion can be provided by CPLL or QPLL, which is selected by TXSYSCLKSEL. There are three red boxes in the TX PMA sublayer. And the parallel clock divider, the role is to generate a parallel data drive clock, of which the D divider is mainly used to divide the output of the PLL to support lower line rates. 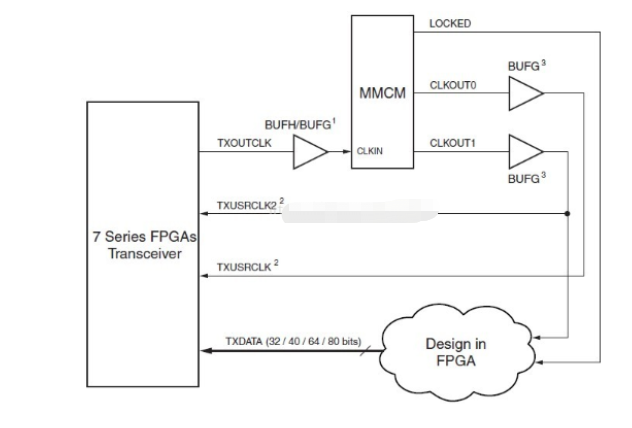 For Figure 4, the value of CLKOUT0 is twice that of CLKOUT1.

TX 8B / 10B Encoder: The transmitting end of high-speed transceiver generally has 8b / 10b encoder. The purpose is to ensure that the data has sufficient switching to provide the clock recovery circuit, the encoder also provides a method to align the data to the word, while the line can maintain a good DC balance. In GTX applications, if the D code is sent, TXCHARISK needs to be pulled low, if it is a K code, the corresponding TXCHARISK will be pulled high. 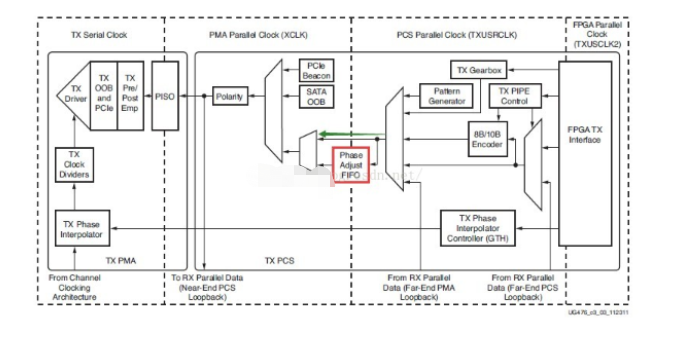 TX Buffer can also be bypassed. The TX transmitter provides a phase alignment circuit to solve the phase difference between the XCLK and TXUSRCLK clock domains, but TX_XCLK_SEL needs to be set to "TXUSR" to keep the XCLK clock domain and TXUSRCLK at the same frequency.

The PRBS generation circuit can be enabled or bypassed. If bypassed, TXDATA will be transmitted to the PMA at the sending end. The PRBS mode test model is generally shown in Figure 7.

TX Polarity Control: The TX transmitter supports the polarity control of the data sent by TX. The coded data output from the PCS sublayer is reversed before entering the PISO serialization. This part of the function is mainly used to compensate for PCB design errors. If you accidentally cross-connect TXP and TXN during PCB design, you can reverse the signal polarity by setting TXPOLARITY to "1".

Следующий: The performance of digital intelligent temperature sensor TMP101 and its application with PICl8F458